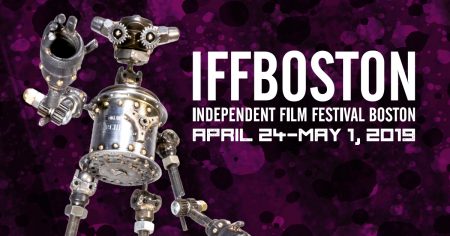 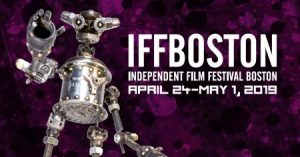 Day Five of Independent Film Festival Boston is here,  the second of two entirely CRAZY weekend days, and once again there are screenings ALL DAY. The biggest problem an IFFB fan has today is making they choices that are necessary, because try as you might, you cannot see everything. There are all types of different screenings today, over a dozen special guests with their films, a couple of free panel discussions, and more than one New England premiere, so those choices you have to make ARE difficult, but NOT impossible. Below is today’s schedule – click on the link for full film info and ticket purchase links, and remember, this is at the time of publication; films could be sold out after we go to press (those known ahead of time are properly marked below), so your best bet is always to check the official fest website at http://iffboston.org for the latest status on availability!

We had the chance to take in the wonderful new documentary Love Antosha yesterday afternoon at the Brattle Theater and as we both predicted, we were unable to hold it together throughout the film. Actor Anton Yelchin was taken from the world at the age of 27 in a freak accident in June 2016, and the acting world is forever poorer without him. He had topped PNR’s Rising Stars Honors on the male side in 2008; from the moment we first saw him in the tragically little seen 2005-made, 2008-released film Fierce People, we (Kim and TC) fell in love with this young man, and his amazing ability to morph into character after character. Put together with the help of his parents, this loving chronicle of his career, his deeply personal battle with Cystic Fibrosis, which he was about to go public with at the time of his tragic death, and the love he had for friends and family will touch your soul – he was THE actor of his generation, and thank God we have so many wonderful performances he left behind to remember him with. There was also a lot to the actor that most of the public was unaware of, and this film shows those areas as well – his passion for directing, his unusual forays into “the Valley” (as in San Fernando) on weird video shoots, and his music. The film’s soundtrack, when released, will feature twelve never before released songs by his band, The Hammerheads, many of which get their first wide exposure in this film, which had nearly everyone in the theater laughing and crying at alternate times. The film is scheduled for release in August, and EVERYONE needs to see this extraordinary film, which will touch you in so many ways it’s impossible to count them. Godspeed, Anton – We both miss you SO MUCH…and we always will…and you can find out more about his battle with Cystic Fibrosis at the website for the Anton Yelchin Foundation here.

IFFB, as it’s commonly known, will continue through next Wednesday, May 1. Screenings today and Monday continue at the Somerville Theatre, as well as Cambridge’s Brattle Theatre, then moves to the Coolidge Corner Theatre in Brookline on Tuesday for the final two nights. I have to admit, we had to pick and choose this year, because we’re doing so much right now that we don’t have time to catch as many films as we’d like to, but we’ll be in attendance at three films over the weekend and on Monday, so if you see us at “Love Antosha” (already passed), “Cold Case Hammarskjold” or “Well Groomed”, please say HI! We’ll have day to day ticket info here, but to be sure you can get in to what you want to see, check out the IFFB’s official site and order tickets as early as possible! There WILL be Rush Lines for most features at the locations, but you are NOT guaranteed a seat if they sell out – only a limited number of tickets will be available.

We’ll have your schedule every morning during IFFB’s run, and links to film and ticket information. We’ll also be covering this and the other NINE festivals and film series that happen in greater Boston between March 1 and May 1 every year coming up in late May on our two part “Boston Springs A Fethival” episodes of eCinemaOne‘s Subject:CINEMA podcast! And be sure to keep connected with our Instagram for pix of the festival!