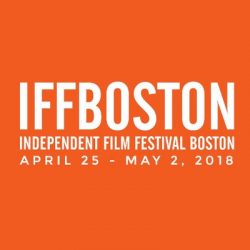 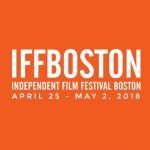 in Cambridge and all five theaters at the Somerville Theatre in Somerville. Below you will find the daily schedule – click on the link for each title and ticketing information therein:

SCREEN FIVE
The Gospel According to Andre 7:30 PM
Room For Real 9:45 PM

Tickets for films quickly become SOLD OUT. Films marked “RUSH LINE ONLY” are sold out – to have your chance to see the film or short series you need to be there early to snatch up any last minute tickets that may become available!

IFFB, as it’s commonly known, will continue through next Wednesday, May 2. Screenings for the rest of this week continue at the Somerville Theatre, as well as Cambridge’s Brattle Theatre, then moves to the Coolidge Corner Theatre in Brookline for the final two nights. There is a TON of movies showing at the fest, including some favorites from all of the major January fest circuit, SXSW, and Toronto, so you do NOT want to miss out! We’ll have day to day ticket info here, but to be sure you can get in to what you want to see, check out the IFFB’s official site and order tickets as early as possible!  As noted above, there WILL be Rush Lines for most features at the locations, but you are NOT guaranteed a seat if they sell out – only a limited number of tickets will be available. Be here for each daily schedule and we’ll let you now if things are sold out, and also if you need to buy RIGHT AWAY!