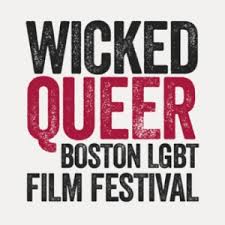 IT’S HERE! IT’S HERE! As we told you a couple weeks back, spring is the busiest season for film festivals in Metro Boston.

We are now a week into the Wicked Queer Boston LGBT Film Festival, which continues its weekday lineup this evening with several offerings at various locations.

Things are a bit more busy today, with four offerings around the Hub.  As always, click on the title for ticket info, descriptions

Billie #hatesherjob and quits mere months before getting married. She meets a ragtag group of women also looking for employment, and finds herself juggling her upcoming wedding with launching a new tech start-up.

In Paris in the early 1990s, a group of activists goes to battle for those stricken with HIV/AIDS, taking on sluggish government agencies and major pharmaceutical companies in bold, invasive actions. The organization is ACT UP, and its members, many of them gay and HIV-positive, embrace their mission with a literal life-or-death urgency. Amid rallies, protests, fierce debates and ecstatic dance parties, the newcomer Nathan (Valois) falls in love with Sean (Biscayart), the group’s radical firebrand, and their passion sparks against the shadow of mortality as the activists fight for a breakthrough.

Includes the shorts Vertical Lines, Cupid Prefers A Sniper Rifle, Foreign Lovers, Neptune, The Quiet Room, THE SHIT! (An Opera), and Just Past Noon On A Tuesday.

Trisha, a Filipino transgender woman, suddenly dies while being crowned in a beauty pageant. Her last wish was to be presented as a different celebrity on each night of her wake.

Another excellent weekday lineup for sure, as the festival prepares to head into its second busy weekend. For complete information on the festival and it’s upcoming offerings, be sure to visit the official website at http://wickedqueer.org.  We have attended selections at this festival several times over the past several years, and every film we’ve seen there has been a true gem; Wicked Queer always finds the best programming possible!

Look for more great films to spread throughout the festival – we’ll have the Friday complete line-up tomorrow morning!

Running through April 8, you can catch screenings at various locations around the Hub, including the MFA, the Arts/Emerson Paramount Theater, both in Boston, and at the Brattle Theatre in Cambridge. And we’ll have daily schedule and ticket info right here. Be sure to stay informed by keeping your browser on eCinemaBoston for complete schedule and ticket info! And don’t forget, Wicked Queer Boston LGBT Film Festival will be part of our sister podcast Subject:CINEMA‘s massive BSAF coverage throughout the month of May, and also in our huge BSAF SuperGuide PDF online magazine, also coming in mid-May!