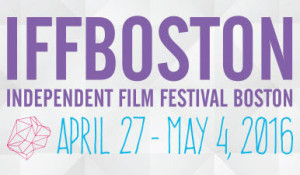 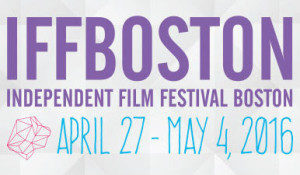 Tonight is the night, fellow Metro Boston film fans! It’s the beginning of the end…the end of spring Fethival season…as the Independent Film Festival Boston gets underway at the Somerville Theatre in Somerville!

Over the next eight days, you can check out over 100 films and shorts at various venues, including the above mentioned Somerville Theater, as well as Cambridge’s Brattle Theatre, and Brookline’s Coolidge Corner Theatre…none of which are in Boston proper, of course…I always have to point this out just because, well, REASONS….heh heh heh…

Without a doubt, the IFFB is always a hella fun experience. And although we are not going to be able to do as much as we had hoped for this year due to some personal issues going on (rats), we’ll be at a couple films, and providing YOU, our loyal eCinemaBoston patrons, with daily schedules, overviews of the films, and more. Nancy Campbell, Brian Tamm, and the rest of the IFFB team have put together some killer entertainment for you this year, and our thanks goes out to them for all their hard work, as well as that of all the volunteers that help make IFFB possible.

Some of the best films that premiered earlier this year at Sundance, Slamdance, and SXSW are coming, as well as others that are going to make waves right from IFFB, and thousands of local Metro Bostonians will be joining in on the fun.

Tonight’s opening night film is The Hollars, one of Sundance’s biggest hits,  directed by and starring John Krasinski in an ensemble comedy-drama about a dysfunctional family coming together again on the eve of the matriarch’s upcoming surgery. Co starring a wonderful cast that includes Margo Martindale, Mary Elizabeth Winstead, Anna Kendrick, Sharlito Copley, Charlie Day, Josh Groban, Richard Jenkins, and Mary Kay Place among others, it is sure to charm the socks off of you.

The Hollars screens at 7:30 PM in the main theater. To check on tickets, click HERE – know that many films sell out so be sure to get what you need RIGHT AWAY!

You can browse all the films IFFB has to offer, check out the schedule, and purchase tickets for everything directly from the official IFFB website, packed full of info and goodies for you!

Beginning tomorrow, we’ll have a daily schedule of the films showing, which theater will be running which films, and more, so be sure to check in with eCinemaBoston every day, for complete coverage of IFFB 2016. And don’t forget – IFFB will be the crown jewel in Subject:CINEMA‘s massive Boston Springs A Fethival podcast specials – covering ALL the film festivals of spring 2016 – coming up the weekend of May 21st & 22nd at http://ecinemaone.com and http://subjectcinema.com!