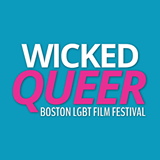 It’s one of if not the largest LGBTQ film festival in the U.S. and it is Boston’s oldest continuously running film festival. And don’t let the name change this year fool you either. The Wicked Queer Film Festival (formerly the Boston LGBT Film Festival) is 30+ years strong and it never stops going!

And tonight, the 2016 edition gets underway with a special opening night premiere at 8:00 PM at the Institute of Contemporary Art in Boston, co-presented by the Irish Film Festival.

Viva was Ireland’s official Academy Award entry this year, and stars Héctor Medina as Jesus, a young hairdresser working at a Havana nightclub that showcases drag performers, who dreams of being a performer himself.  When his estranged father reenters his life, Jesus finds his whole world being turned upside down.

Playing with the short Hand In Hand, which takes a look at same sex couples in Ireland, tonight’s Opening Night film kicks off eleven days of great films to keep an eye on. And tickets for tonight’s opening also includes admission to the festivals’ opening night party at Empire!

You can get more info on the film and ticket info here, and if you want a preview of this years’ entire festival, be sure to check out the official Wicked Queer website – there’s a lot of gems coming to this year’s festival, and eCinemaBoston will keep you up to date with each day’s selections throughout the festival so don’t forget to check in every day!