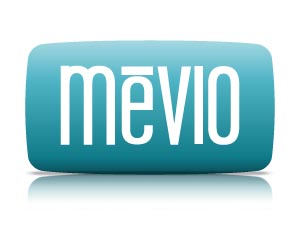 With barely more than a “see ya, hate to be ya!”, Mevio yesterday informed its network of podcasters that they were all cancelled, and that they were shutting down their service as of April 18 – just TEN DAYS away.

We have been loyal to the once-thriving podcast network since moving our shows there about three months after launching, despite the lack of support, the unbelievably bad stats system, and faded promises of making a ton of money together.

Launched in 2006 as Podshow, Mevio was the brainchild of former MTV VJ Adam Curry, and he made a lot of promises he was unable to keep to the hundreds of podcasters that came aboard in the early months, like us. He bailed on everyone in 2008 or 2009, selling Mevio to a new owner, and that owner never took audio seriously.

Troubles began brewing two years ago, when Mevio locked out its audio podcasters one weekend, and then backtracked, saying that they had made a mistake. It has all been touch and go since then.  And fortunately, many podcasters have been hedging their bets for the past two years because of that fiasco, including us.

To quote the dying words of Tom Baker’s version of The Doctor, “It’s the end. But the moment has been prepared for.”

Since mid-2013, PNR Networks has been preparing to launch its own channel on the Roku device, and we’ve held off the launch a number of times as I educated myself on how this was going to work.  We can hold off no longer.

The Mevio shutdown affects four of our regular shows – “Subject:CINEMA”, “Mirrorball Mayhem”, ‘Platinum Roses’ Garden”, and “Cavebabble“. Our fifth series, “Mashed Up Madness” was warned away from Mevio when it launched last year, and their team hooked up with our new home as well, AWS, a division of Amazon.com.

This weekend, I will launch the Roku channel in beta testing and see how things are going to go.  Hopefully they will go as smoothly as previous tests have done, and we can roll it out in full sometime late next week, just in time for the shutdown.

The amount of work I have to do between now and then is staggering – I have to go back through the websites and change the links to the shows to where they’ll be housed on the AWS server for all of our shows except Cavebabble, and Eric Lyon will be scrambling to do the same for that show on his end.  I have to figure out exactly how to correct our feeds to iTunes and Stitcher, so that our listeners on those services don’t get left out in the cold like those that used to listen to us on Podcast Alley (also owned by Mevio) when they stopped servicing and updating about two years ago.

Anyway, the transition should be fairly smooth, but we should expect a few bumps and hiccups along the way. If you’re a regular listener and/or reader of our show and site, and experience any problems in the manner you usually listen to the show, please let us know immediately at subjectcinema@popcornnroses.com and we’ll look into it and try to get you back on the right track.

That having been said, due to the massive work that lay ahead, there is a slim possibility that there will not be a Subject:CINEMA this weekend – we’ll have to check things out, hopefully we won’t have to skip the weekend.

Needless to say, I’m less than a happy camper today, and neither is my pal, “Cavebabble” host Eric Lyon; I know I’m going to have a LOT more to say on this in the not too distant future. Stay tuned here at eCinemaOne and SubjectCinema.com and we’ll keep you up to date throughout every state of the transition.