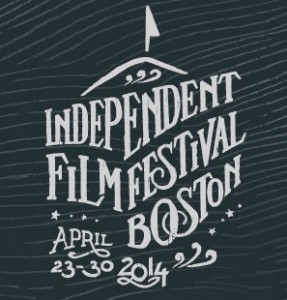 It’s that time of year again, folks! As if we weren’t already hip deep into Boston’s spring “fethival” season, now the biggie has announced it’s lineup!

The Independent Film Festival of Boston will take place April 23-30, 2014 at the Somerville Theatre in Somerville, with screenings also happening at the Brattle Theatre in Cambridge, the Coolidge Corner Theatre in Brookline, and one or two other venues as well. This year’s lineup includes a number of WORLD PREMIERES (take that, FILMMAKER Magazine) and some of the most buzzed about titles in the January festival circuit as well. This year – Boston’s film lovers have hit the MOTHERLODE!

Here’s the lineup – more information about the films will be forthcoming:

What an AWESOME Lineup! A lot of the films we’ve been dying to see since January are coming, and we’ve actually already seen one or two of the films as well, so we know it’s going to be a HUGE fest this year. Now, if only they don’t schedule everything we want to see opposite each other…hope hope hope…

Cheers to the team at IFFBoston for putting together such a great lineup of films this year. We’ll have more info about the films as they become available, but I know one thing – the winner of the Jury Prize for Best Documentary at the 2014 Sundance Film Festival, RICH HILL, is coming, and we’ve already seen it @ the Salem Film Fest – it’s a DO NOT MISS film, and should be a highlight of any filmgoer’s plans for this year’s fest.  A number of other winners from other fests are also in the lineup, and so we’re going to be scrambling to get to as many films as possible this year.

Stay tuned to eCinemaBoston and IndieFilmSpotlight fore more as it becomes available!