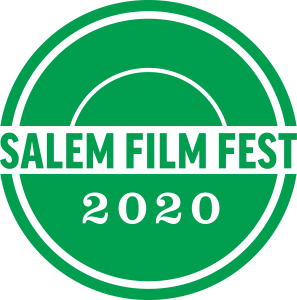 Festival organizers postpone film festival due to concerns over COVID-19

SALEM, MA—MARCH 12, 2020—​salemfilmfest.com​—Salem Film Fest (SFF) 2020 was originally scheduled to take place from Friday, March 20 – Sunday, March 29, but due to the uncertainty surrounding the spread of COVID-19, festival organizers decided to postpone this year’s event indefinitely.

Massachusetts declared a state of emergency on Tuesday and as public concerns continued to mount leading to the increasing cancellation of events with large gatherings of people, it was important to the Festival’s organizers not to jeopardize the health of anyone who might attend the festival.

“There are differing opinions about how bad the current COVID-19 health scare will turn out.We were certainly willing to take it head-on and forge ahead, but increasingly it became apparent we were fighting an uphill battle, and one we’d ultimately lose. In the interest of not putting attendees, organizers or volunteers at any risk, or sense of risk, we have concluded that this is the best course of action for now.” said SFF Festival Director and Co-Founder Jo eCultrera.

“It was a really difficult decision to postpone as we have a passionate festival audience and a team that has put thousands of hours into this year’s festival. But over the past few days it has become increasingly clear that the entire world is anxious about the coronavirus and we all want to make sure we do our part in keeping our community safe. It is our hope that in the coming months we will be able to reschedule the festival and continue to provide a platform for dialogue and the celebration of documentary film.” said SFF Program Director Jeff Schmidt.

Salem Film Fest will provide festival updates on ​salemfilmfest.com​ and on facebook.com/salemfilmfest​.