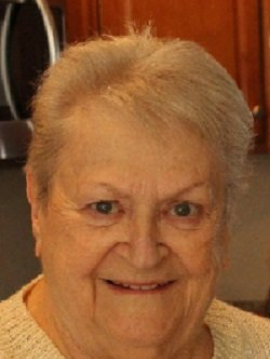 You may have noticed that except for Tuesday Digidex and Three Minute Weekend, we have been AWOL for the last two weeks. As we’ve said on a few of our podcasts recently, life intervened.

Patricia Brown, my wonderful mother-in-law and Kim’s beloved mother, has been ill for the past several months. In truth, she’s been ill for years, and in the last few months, things started going downhill. Slowly at first. She was VERY stubborn about going for medical treatment when she wasn’t scheduled to. In late July, she entered the hospital, and then rehab, for a two week long stint. She was home for barely a week when she went back to the hospital for another few days. She was home in early September, but Kim and I still thought it best to stay close to home, so we cancelled our annual Cape trip, electing to stay at home on our vacation, which was just the right and decent thing to do. A week after our vacation, she went back into the hospital again for another brief stay, and this time, she would only be home for two more days before she went back again. This time, she wouldn’t be returning to her home, though she wanted to more than anything. She was a very self-sufficient woman, and hated being cooped up, wasting her time in hospitals. But this time, it was more serious – she had developed a mass in her head which robbed her of most of hearing, and was starting to rob her of her vision as well. Kim and her sister Joy had a lot of difficult decisions to make from that point on. Mom was still as sharp as a tack, but didn’t have a lot of energy. Worse, she had to be taken every day from where she was staying at Beverly Hospital to Burlington Hospital for radiation treatments, and the back to Beverly for the night. She was exhausted, and began to develop problems eating because the radiation was giving her sores in her mouth. Finally the three of them made the excruciatingly hard decisions together – Mom knew her time was here, and as much as it hurt both Kim and Joy, they supported her decision not to accept a feeding tube, and last weekend, they made the decision to move Mom to the Kaplan House Hospice in Danvers last Monday evening, so she could have peace and be out of pain in the final days. Wednesday morning, November 13th, Joy texted Kim at work – she and her daughter Kristana had spent the night at the hospice with Mom, and that morning had taken a drastic turn for the worse; the doctors had told her she probably wouldn’t last through the day.  Kim and I raced from work 30 miles south as quickly as we could, but it wasn’t quick enough, and she went much more quickly than the doctors had thought – halfway there, Joy texted Kim that Pat had passed; we got there about 20 minutes later. Kim was devastated, but was comforted in the fact that she had spent several hours the previous even with Mom. I had last seen her on Sunday, after I managed to recuperate enough from the CT scan I had had that morning and all the crappy stuff I had to take for it, and followed Kim up to see her by several hours. As we were leaving, I hugged her, and she whispered to me “you stay healthy, you need to take care.” I knew what she meant, I understood and nodded, and tried to smile and she smiled at me; I knew right then that Mom was saying goodbye to me. It was clear that she was ready to move on, having lived for eighty years on this planet, and was looking forward to having some peace.

From the moment I met Pat way back in 1992, when I arrived from Ohio for my first face to face meeting with Kim, she had made me feel welcome. She let me stay in her home while I was here, invited me to the family Fourth of July party, and let me know that she thought it was great than Kim and I had become friends through a fan club we both belonged to. We spent a long time talking, and I knew that she knew I was the right person for her daughter. 18 months later, I moved to Boston (ok, Saugus) to be with Kim, and we lived with her in her home until we got our own place, and we stayed in frequent contact with her, as she was just a few miles away. I always knew that she cared deeply for me, and for more than one reason. She was there for me when my own mother passed in May 2018, and through whatever else life has thrown at her (and us) over the years. She had a warm and friendly manner, was hilariously funny, had an unnatural fondness for those gawd-awful abominations called Peeps (which she could always count on getting as part of any presents we gave her until she told us the docs told her she couldn’t have them anymore), could cook comfort food like almost nobody else, could trounce the pants off of anyone playing “Left Right Center” with her, and loved her daughters, the men in their lives, and her grandchildren A LOT. Her passing will leave a void, but also leaves us knowing she is no longer plagued by the pain of her various illnesses. And she leaves behind a lifetime’s worth of amazingly awesome memories. We will all miss her a WHOLE HELL OF A LOT.

Shows will slowly come back in line in the next week or two, thank you for your patience. Tuesday Digidex and Three Minute Weekend will be up as usual, the rest will follow. If you’d like to know more about the wonderful woman who Patricia Brown was, please check out her memorial webpage.

See you all soon,