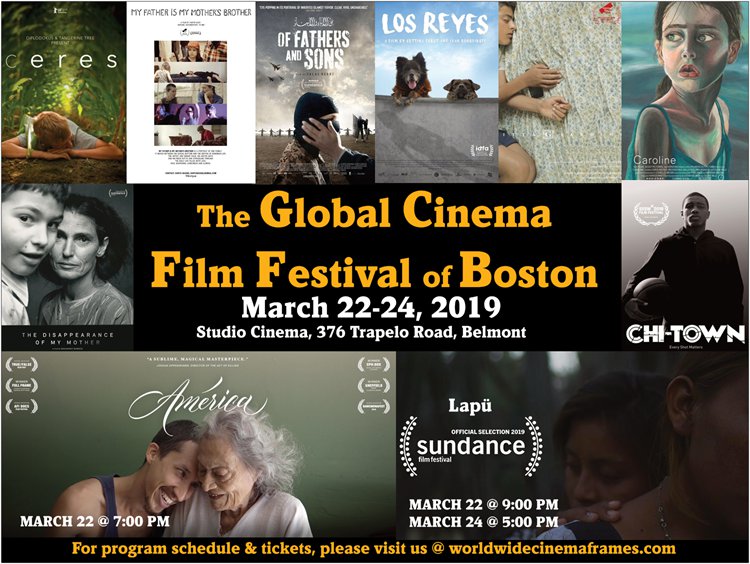 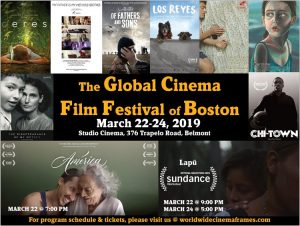 Hey kiddies, it’s that time of year again – Boston Springs A Fethival 2019 is FINALLY HERE!  And this year, we have a relatively new festival joining our coverage. We only became aware of it last year, but it wasn’t in time to include it on our daily coverage. This year, we are more than aware of it and we CAN include it – it’s the Global Cinema Film Festival of Boston! And once again, this “Boston” festival isn’t actually in Boston, but in Belmont. Well, at least that’s keeping with other local “Boston” fests, isn’t it? HA HA!

It’s opening night at GCFF tonight, and they have a couple of critically praised docs to bow with. Below, you’ll find tonight’s  schedule – click on the links for full show information and ticket information – but buy your tickets EARLY – these shows have a history of selling out, and you don’t want to miss out!

Be sure to step up and help support GCFF, because they have some utterly great features for you! And as always, if you don’t have a pass, but have tickets, get in line early – and there will be a rush line for all films if any tickets are still available.

Studio Cinema in Belmont, home to the GCFF this year, is located at 376 Trapelo Road in Belmont – one of the true indie cinemas still left in the metro area, and a perfect place to hold this kind of festival! Don’t forget to check out the festival’s official website for full info on this weekend’s fare!

We’ll have your schedule every morning during GCFF’s run, and links to film and ticket information. We’ll also be covering GCFF and the other NINE festivals and film series that happen in greater Boston between March 1 and May 1 every year coming up in late May on our two part “Boston Springs A Fethival” episodes of eCinemaOne‘s Subject:CINEMA podcast!

Don’t forget to support our coverage of this and all the other things we do – this time of year is especially hard work with all the goings on, so please take us into your heart and spread a little love by becoming a Patreon Patron of eCinemaBoston – you can do that – and support the entire PNRNetworks family – at http://patreon.com/pnrnetworks!

See you Saturday with more – BE HERE!