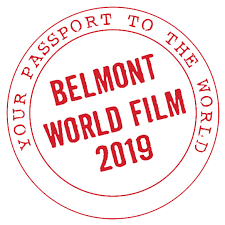 The Boston Springs A Fethival season for 2019 truly gets underway this weekend with the debut of the annual Belmont World Film series.

Running on Mondays after tonight’s debut showing through April 29, BWF’s annual series spotlights critically acclaimed films from around the world, many making their local premieres during the series.

Films are screened at Belmont’s Studio Cinema, things kick off this season with “The Heart”, a contemporary story about love, relationships, and independence set in Gothenberg and Stockholm. The film was written by and directed by lead actress Fanni Metelius, best known in the US for Ruben Ostlund’s 2014 hit “Force Majeure“; she plays a sexually liberated and independent photographer who, despite her better instincts, falls in love and moves in with an up-and-coming musician.

The film is co-sponsored by the Consulate of Sweden in Boston.   It is also co-presented by the Scandinavian Cultural Center and the Swedish Women’s Educational Association.  The film is in Swedish with English subtitles. The guest speaker has not yet been announced.

For more information on the series and to purchase tickets to this and the other fine films in the series, click the link to visit the Belmont World Film official website.