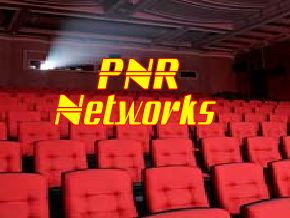 Well, in case you missed the earlier post, our old PC completely died last Sunday afternoon. It has now been replaced by a much, MUCH more powerful computer – to aid with audio and video projects, I invested in a nice system normally used for gaming purposes. And man, does it ever purrr along…

Except when it comes to reinstalling the back up…which is taking FOREVER….

Carbonite tells me “a few days” – at this writing, when I’ve had the new box up and running for over 24 hours, we’re only 6% into the rebuild. And I have been advised NOT to install any of the production programs again until the rebuild is complete.

We’re gonna be down for another few days when it comes to podcasting. I can access the blog and keep it going, but no audio or video production until things get back to normal, which MIGHT mean we could maybe possibly get a Subject:CINEMA done this weekend, but I’m very doubtful that we’ll be back up in time for it.  SO there won’t be any Three Minute Weekend this weekend (which is OK, and I’ll cover what I missed and put it up when I DO finally get back up, same for Tuesday Digidex this week and probably next week too), but we are right now thinking that the first new show on the new machine will be next Wednesday’s edition of Kim’s wrestling show, Ring Around The Rosie. But if we DO get back up to speed before then, you’ll know it if you follow or subscribe to the blog here and our other sites, which I’m also posting these updates on.

So stay tuned, all, and thanks for your patience. All I can say is thank goodness all this happened when I was scheduled off of work for a week for some downtime. It’s not at all how I planned to spend it, but at least I have the time TO spend it…phew..