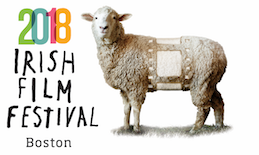 The 2018 edition of the Irish Film Festival continues tonight with the Directors’ Choice feature  Maze, from director Stephen Burke. The synopsis on the website reads thusly:

Maze is based on the true story of the 1983 mass breakout of 38 IRA prisoners from the HMP Maze high-security prison. As Larry Marley, the chief architect of the escape, schemes his way towards this feat, he meets prison warden, Gordon Close. Initially they are confirmed enemies, born of opposite sides of Northern Ireland’s political divide, but when Larry realizes that Gordon may be useful for his escape, a slow seduction begins. What follows is an intense and intriguing drama during which an unlikely relationship is forged between two adversaries.

The film screens with the Director’s Choice short Lost Memories, from director Eamonn Murphy, who will be in attendance at the screening.

The screening begins at 7:30 PM at the home for all the screenings at the Irish Film Festival, Somerville Theatre in Davis Square, Somerville. You may purchase tickets through Universe Events at https://www.universe.com/events/maze-lost-memories-tickets-LGWFCN . For more info on the entire festival, be sure to check out the official website at http://irishfilmfestlval.com!