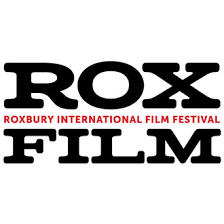 Metro Boston’s summer festival season, which is way way WAAAAY more laid back than the Boston Springs A Fethival season in the spring,  gets going as the 2017 Roxbury International Film Festival officially gets underway today at the Museum of Fine Arts in Boston. The festival is one of the largest in the country celebrating the African-American experience.

Last night, RIFF had what was known as their “Juneteenth” screening – basically a sneak peek of what you can expect at the festival. Click on the film titles to see info on the two films that were screened

Here’s today’s schedule: Click on the film title for more on the film and ticketing information:

3:00 On The Line: Where Sacrifice Begins
5:00 Body And Soul: An American Bridge (with short Soy Cubana)
8:00 Tear the Roof Off: The Untold Story of Parliament Funkadelic

You can find full information on the festival by visiting their official website, which is chockful of information for ALL the films this year, prices on tickets, the history of the festival and more!

We’ll be here each morning with the rundown, so be sure to check in each day of the festival for that day’s activities!