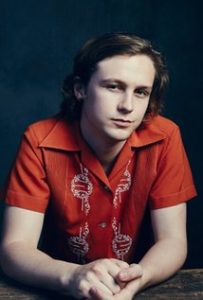 Actor Logan Miller has been selected to receive the Breakout Artist award at the 2017 Chlotrudis Awards, to be presented this Sunday evening at 5 PM at the Brattle Theatre in Cambridge. Miller, who stars in the group’s Buried Treasure award nominee Take Me To The River, will be in attendance at the annual ceremony.

The 25 year old actor has been growing in visibility over the past several years, and in addition to the nominated film, has recently appeared on the highly-rated AMC television series The Walking Dead, and co-starred with eCinemaOne‘s 2013 #1 Male Rising Star honoree Tye Sheridan in the hilarious horror comedy Scouts Guide To The Zombie Apocalypse, which made co-host Kim Brown’s Top films of 2015 list. He was most recently on screen in the family film A Dog’s Purpose.

Miller also has started a YouTube channel where he vlogs about his career and presents some of the projects he’s working on as a writer, director, and actor as well.

Boston MA – On Sunday March 19th, the Chlotrudis Society for Independent
Film will honor actor Logan Miller with its Breakout Award at its 23rd
Annual Chlotrudis Awards ceremony at the historic Brattle Theatre.  Mr.
Miller will be in attendance to accept his special award from Chlotrudis
to celebrate a bright and burgeoning acting career in film. The show
begins at 5 pm, and tickets are $20 ($15 for Chlotrudis and Brattle
members), and can be purchased online at the Brattle’s website.

Logan Miller made his debut in teen TV series, then began amassing a
wide-ranging film resume, starting with smaller roles and genre films,
then quickly building up to larger parts.  In the space of eight years Mr.
Miller has appeared in 15 films, including a costarring role opposite film
icon James Caan, in THE GOOD NEIGHBOR.  Among the name directors he’s
already worked with are Sofia Coppola (THE BLING RING), Ry Russo-Young
(BEFORE I FALL) and Lasse Halstrom (A DOG”S PURPOSE).

Mr. MIller’s film TAKE ME TO THE RIVER – his first leading role – is among
the nominees for this year’s Buried Treasure award.  He also has a
connection with another of this year’s Chlotrudis nominees, having worked
with director Kelly Reichardt in NIGHT MOVES.

In his rave of TAKE ME TO THE RIVER, which he described as “a family
reunion that plays like Polanski, with cicadas”, film critic Alfonso
Duralde lauds Miller’s performance, nothing that his character “ guides us
through this unknown and possibly dangerous world, making viewers feel his
panic and outsider-dom at every step”.

Mr Miller is following a busy 2016, which included a multiple episode arc
in AMC’s ‘The Walking Dead’, with an even more packed 2017, with 3 movies
already under his belt.  His latest, SIMON VS THE HOMO SAPIENS AGENDA,
will be directed by Greg Berlanti.

The Chlotrudis Society for Independent Film is a Boston-based non-profit
group that teaches people to view film actively and experience the world
through independent film, and encourages discussion.  The group works with
film festivals, local art-houses and theatres, production companies,
directors and actors to bring creative, quality films to the attention of
audiences and film-lovers.  Visit its website www.chlotrudis.org, for a
list of all this year’s nominees, and join its Facebook page and twitter
feed for the latest news.

Tickets for the annual show are available through the Brattle Theatre’s website, and the ceremony is always a lot of fun. We’ll be there as usual, and hope you will be as well to help Chlotrudis celebrate the past year of excellent independent film!