The fall festival season is here, and with it, the unofficial start of the Awards season in films.  Telluride, Toronto, New York, Austin, Hamptons, Boston, and more have happened or are about to happen and all of the online film sites are gearing up for mucho Oscar prognostication.

As always, there are a handful of frontrunners, and many of them are probably deserving – I have yet to see most of the fall hits, as our wonderful  website and podcast does not have the budget to attend all the major film festivals.

But of all the films I HAVE already seen this year – and there are plenty – I have seen performances that should be recognized by the Academy, and that have a slim-to-none chance of getting that recognition without a champion to really push those performances and bring them to the front of everyone’s mind. And of all of these, one performance in particular utterly captivated me, as well as most critics, and since none of them are stepping up, I will make it my duty to do so. 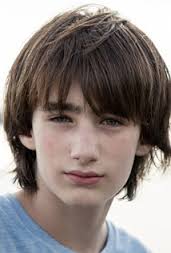 Members of the Academy, I ask you for one huge consideration this season: Remember Theo Taplitz.

13-year-old Taplitz is the heart and soul of Ira Sachs’ wonderful coming-of-age drama “Little Men“, now in limited release around the country. Although Taplitz has been acting on stage for many years, the film is his big screen debut, and it’s a debut so memorable, so nuanced, and in places so powerful that he deserves recognition by the Academy – he deserves to be nominated for Best Actor.

It was only a few short years ago that the Academy saw fit to recognize the wonderful debut performance of nine-year-old Quvanzhane Wallis in “Beasts Of The Southern Wild” with a Best Actress Oscar nomination, and it is my distinct hope that the Academy will follow suit this year and recognize Taplitz’ brilliant performance in the same way. As Jake Jardine, a 12 year old aspiring artist whose life is changed when his grandfather passes away and his family moves from Manhattan to Brooklyn into his grandfather’s old apartment, where he meets and becomes pals with the son of the dressmaker who runs the shop beneath their new home (portrayed by the equally outstanding Michael Barbieri, also making his screen debut) despite their radically different upbringings, Taplitz utterly shines in his portrayal of a kid growing from a little boy into a teenager with new surroundings, changing ideals, and the new expanding outlook on life and love that puberty brings.

“Little Men“, which had its debut at January’s Sundance Film Festival, is the kind of small film that often unfortunately disappears from the radar when the fall “Awards season” films start being released, but it deserves to be front and center with all of those other small films being lavished with praise right now, many of which also had their initial debut at Sundance this year. Sachs, who directed from a script he co-wrote with Maurico Zacharias, has delivered a charming, low-key film about budding friendships and the parental pressures that sometimes come into play therein, and it deserves consideration as one of the finest films of the year. Recognition for Taplitz’ performance, as well as consideration of the film for Best Picture, Best Original Screenplay, Best Cinematography for Oscar Duran, and for the always-dependable Greg Kinnear as Best Supporting Actor for his wonderful and sensitive portrayal of Jake’s likeable actor father (which is the best performance of his career thus far, IMHO), should all be in the conversation right now. It has certainly been one of the best-reviewed films of the year, and now is the time for it to be remembered.

I implore Magnolia Pictures, the films’ distributor, to begin a major Awards campaign NOW, while the film is in a slow roll-out national release, and focus on Taplitz in particular. I have no doubt that the young actor is going to be a major star in multiple fields as he continues through his teenage years; he is already a budding filmmaker himself, with half a dozen charming short films to his credit as writer, director, producer, and star. His creativity shows no bounds, and it is that creativity, along with his wonderful work in this film, that put him on top of the male half of the 11th annual eCinemaOne Rising Stars Honors list in July, and although he is likely to again find the kind of project that will lead him down the red carpet at Oscar time sometime in the future, he really deserves that chance NOW.

For those of you who have yet to see “Little Men“, please take the time to seek it out when it comes to your area between now and the end of October – it is a film that will reward you with one of the best filmgoing experiences of the year. And once you see it, you will hopefully realize why our 2016 Awards season coverage will ALWAYS be led with one three word phrase: “Remember Theo Taplitz”.