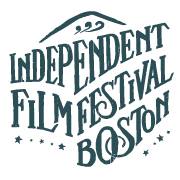 As many of you know, the Boston Springs A Fethival season every March through May is topped off at the end of April with perhaps the biggest of all the area festivals, and certainly one of the most attended, the Independent Film Festival Boston. Now well into its second decade, IFFB is THE place to catch some of the hottest films around the festival circuit, and often a place where you’ll be seeing both big commercial hits, and big critical favorites, before they hit theaters later in the year.

Nancy, Brian, and the all-volunteer team that runs IFFB are still furiously putting together their lineup for this year’s fest, which should announce around the end of the month sometime. So in the spirit of the same kind of list that IndieWire does for the big festivals like Sundance and Cannes,  I thought I’d help them out a bit by going over a list of 15 films out there that I think would make a perfect fit with the festival. Now, granted, I’m not sure if some of these are even ready, but in addition to those films I’m aware of and looking forward to sometime this year, I’ve also included some of the films from last fall’s festival circuit and the January – February circuit from this year. So here goes, my friends – films are in alphabetical order. Let’s see at least some of these films show up this year…

As You Are
Winner of a Special Jury Prize for young director Miles Joris-Peyrafitte at this year’s Sundance Film Festival, this drama has a triple punch going for it – 2011 Subject:CINEMA Male Rising Star alum Owen Campbell, 2012 Subject:CINEMA Female Rising Star alum Amandla Stenberg, and rising UK actor Charlie Heaton, all starring in a period story about friendship, first love, and loyalty as the trio become part of a police investigation. Word of mouth from my sources at Sundance had this movie pegged as a sleeper with major potential and both Campbell and Heaton made IndieWire’s “Ones To Watch” list. It would be a perfect addition to the IFFB vibe this year.

Avenues
Written by, directed by, and starring Subject:CINEMA 2005 #1 Male Rising Star Michael Angarano, this comedy-drama is the young actor’s first official stab in the writing and directing arena (although he’s done work on other films unofficially). The film re-teams Angarano with his Red State and Sky High co-star Nicholas Braun and his Lords of Dogtown co-star and Subject:CINEMA 2006 #1 Male Rising Star John Robinson, and brings aboard female lead Adelaide Clemens (currently on-screen in the indie The Automatic Hate) as well. I’m a sucker for practically anything Angarano, so I’m waiting (as patiently as is possible for me) to see this. However, it was last marked as in post-production in summer 2015 and I don’t know if it’s finished and ready for the circuit yet. But if it is, I sure hope it makes it to IFFB.

Bluespace
IFFB and director Ian Cheney have teamed up several times before and always with great results – The City Dark and The Search for General Tso were both terrific, and although this is more serious, it uses a science fiction premise – what if we could terraform Mars to colonize – to explore how man has changed our own environment and the pollution we’ve left behind. More people should probably see this one, and IFFB would be the ideal place. To be honest, I’ve already seen this – it was at Salem Film Fest a couple weeks ago – but everyone else needs to see it as well.

Delinquent
One of IndieWIRE‘s Kickstarter of the Month film candidates in August 2015, Delinquent is a hard hitting crime drama about a teenager struggling to cope with the aftermath of a small-town robbery gone horribly wrong. Starring Subject:CINEMA‘s #1 Male Rising Star 2011 Alex Shaffer, and backed with a capable group of actors, all signs are indicating this edgy film could be a breakout hit on the indie circuit when it’s ready to find a distributor, hopefully sometime later this year.

Honey Buddies
One of this year’s favorites out of Slamdance, this Audience Award-winning comedy-drama follows a jilted groom who ends up going on his planned backpacking honeymoon anyway with his best man instead of his intended new wife, and as you can imagine, all kinds of weird hi-jinks follows. This kind of comedy always does well with the IFFB crowd, and would make a great fit with this year’s fest for sure.

I Am Not A Serial Killer
Max Records has been out of the loop for a while – he’s grown up since Where The Wild Things Are, and here, he plays John Wayne Cleaver, a young man obsessed with serial killers and also someone whom the local authorities might just turn into one some day. But when a real killer shows up in his small midwestern town, it’s up to John to curb his dark homicidal instincts and save his town from true evil. Co-starring the always awesome Christopher Lloyd, and fresh from SXSW, where it got tremendously good word of mouth, it is definitely on our radar, and we’re hoping to see it here shortly.

Indignation
One look at this cast, and I was hooked – Subject:CINEMA 2010 Male Rising Star alum Logan Lerman, Sarah Gadon, Tracy Letts, Linda Emond – you cant’ ask for much better than this. Set in the 1950s, and following a young Jewish man (who claims to be atheist) who is attending a Christian college, the film deals with the taboos at the time. The 20 minute centerpiece of the film featuring Lerman and Letts in a long logistical two -person argument is said to be riveting and amazing. Picked up by Summit after it’s run at Berlinale last month, let’s hope this is on it’s way to IFFB too…

Life Animated
Perhaps the most buzzed about doc at this year’s Sundance Film Festival, the true story of how Disney animation helped a young autistic man face and overcome the challenges of everyday life already has a distribution and VOD deal in place with The Orchard. But this is the kind of feel good, embrace your friends doc that MetroBoston usually takes to heart and falls in love with, and is an excellent fit for the always amazing docs that IFFB programs…

Little Men
Director Ira Sachs’ latest film set this year’s Sundance Film Festival ablaze – both of it’s young stars became breakouts at the festival, as did the film itself, one of the most praised films there this year. Set in a New York neighborhood where two new friends turn on their parents when a rent dispute flares up between the parties, it says a lot that young stars Theo Taplitz and Michael Barbieri were the talk of the festival, and both landed major management deals within a week of the film’s premiere. It would definitely make an excellent fit with IFFB this year.

Microbe and Gasoline
The latest film from french auteur Michel Gondry, this coming-of-age comedy has already been released througout Europe late last year, but made it’s only American appearance thus far at the New York Film Festival last October. And for some inexplicable reason, it has yet to land an American distributor. Starring newcomers Ange Dargent and Theophile Baquet, the story of two junior high outcasts who form a friendship and decide to run away for the summer in a vehicle of their own making got rave reviews last fall, and many critics have called it Gondry’s best film since his best known film Eternal Sunshine Of the Spotless Mind. So here’s hoping we can take an adventure with these two kids as well at IFFB.

Some Freaks
A drama that has comedic overtones, I’m not sure the film has yet passed through the post-production phase yet, as it only finished shooting late summer of 2015. But the IMDB-listed premise – “A charming romance develops between a boy with one eye and an overweight girl, though when she loses her weight after going to college, their relationship is tested in devastating ways they never dreamed would happen.” – sounds very intriguing. And put on top the fact that Me And Earl And The Dying Girl star and  2011 Subject:CINEMA Male Rising Star alum Thomas Mann is in the lead again – that’s just gravy. And the premise is a great fit for IFFB, which loves quirky little movies like this…

Swiss Army Man
This flick got some walkouts at Sundance, but it’s been one of the most buzzed films since it was first announced. Starring Paul Dano as a young man stranded on an island who befriends a corpse that washes up on the beach, played by Daniel Radcliffe. It was definitely one of the strangest entries in Park City this year, but it has it’s supporters, and I’m always game to see these two actors in action. Hopefully IFFB will snatch it up and let MetroBoston get a good look at the weirdness…

Tower
This off-beat live action/animated hybrid doc just electrified SXSW filmgoers earlier this week in its world premiere. The story of the USA’s first mass shooting at a school – in this case the University of Texas – and how “the worst in one man brought out the best in others” looks to be a fascinating study of this terrifying incident.

The Violin Teacher
This Brazilian film has been on our radar since the January fest circuit. The story of a gifted violinist failing to make it into a prestigious orchestra and being forced to make a living by teaching violin to teenagers first jumped out at me when it played Palm Springs in early January, and the word of mouth about this uplifting and heartfelt film has been so overwhelmingly positive that I can’t wait to see it. Let’s hope IFFB gives it a chance…

The Yellow Birds
This war drama has been getting good buzz of late, and with the likes of Tye Sheridan, Jack Huston, and Alden Ehrenreich leading the cast, chances are better than good that this film will be great when it starts screening. However, it does already have a distributor lined up – Warner Bros – so it may be hard to come by for the fest circuit. But it would be worth trying…

There’s plenty of honorable mentions too – other films I’d love to see at IFFB this year. A few of the ones of interest on our Fethival Of Film Fethivals earlier this year are already booked for the Wicked Queer Film Festival, and here’s hoping they’ll be joined by the above films at IFFB. So guys…can’t wait to see what you’ve got up your sleeve for 2016…