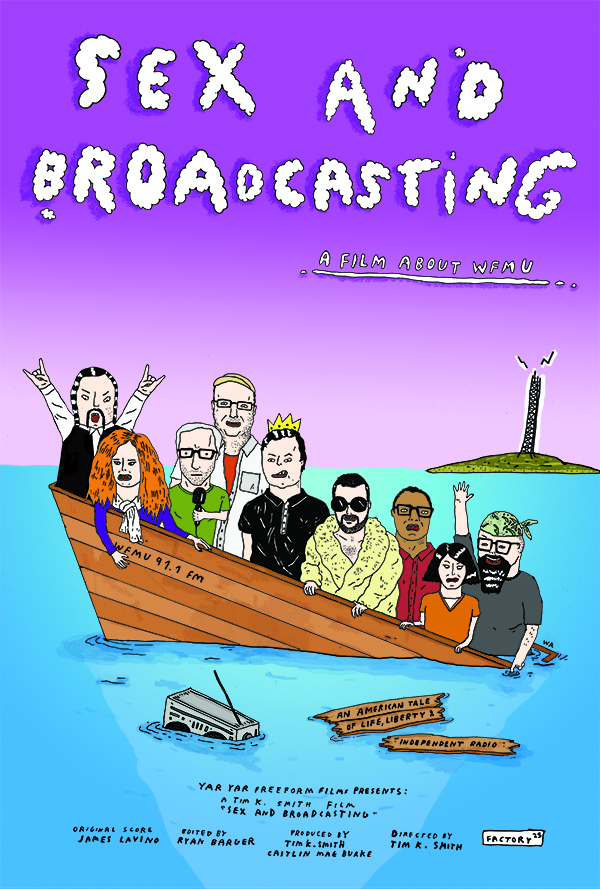 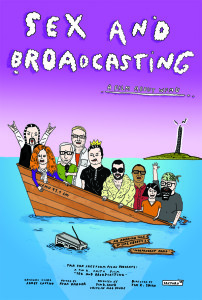 Timing couldn’t be more perfect for this news, since this year’s Salem Film Fest is underway. One of last years’ favorite films from the all-doc fest has finally landed a distribution deal.

Factory 25 will distribute “Sex and Broadcasting: A Story about WFMU”, one of my favorite docs from last year’s Salem Film Fest. It will kick off its theatrical run on March 30 at IFC Center in New York and then spread across the country and to video OnDemand later in the spring.

If you missed this wonderful doc at last year’s Salem Film Fest, its the story of scrappy non-commercial radio station WFMU in New Jersey – a fun and irreverent look at the people who make up the lineup, and its struggle to survive. Here’s the official press release from Factory 25:

“Sex and Broadcasting is at once heartfelt, gritty, and informative, and you don’t really want it to end.” –Sam Weisberg, The Village Voice
“Brilliance In Bumps And Bruises, On Air And On Screen”-NPR
Brooklyn, NY (March 13, 2016) – Factory 25 announced today that it has acquired the rights to Sex and Broadcasting: A Film About WFMU, a documentary about the longest running free form radio station that Rolling Stone Magazine, The Village Voice and The New York Times have all called the best radio station in the country.  The DOC NYC premiering film marks the directorial debut by Tim K Smith (editor of Kevorkian and Morgan Spurlock’s Comic-con Episode IV: A Fans Hope) and was produced by Caitlin Mae Burke (Nuts!, Approaching the Elephant and We Could Be King).
SEX AND BROADCASTING is a human, and humorous, look at New Jersey’s WFMU, a radio station that refuses any programming boundaries. Most of its disc jockeys are unpaid volunteers, working for their love of surprising, spontaneous radio. They play everything from flat-out uncategorizable strangeness to every form of rock and roll, experimental music, jazz, psychedelia, hip-hop, hand-cranked wax cylinders, gospel, Inuit marching bands, R&B, C&W, radio improvisations, spoken-word collages, and throat singers of the Lower East Side. Their captain is station manager Ken Freedman, who has spent the past three decades keeping WFMU alive, independent, and one of a kind.  At 54, Ken has strapped his entire life and family to this crazy station, and it may all soon be a memory.
Since the introduction of the 1996 Telecommunications Act, radio has seen massive corporate consolidation. This has dramatically decreased the diversity of music formats being broadcast nationally and has eliminated many independent and local voices from the public airwaves. Simultaneously, the rise of algorithmic internet radio models (Pandora, Spotify, iTunes, and Clear Channel’s iHeartRadio) that deliver “automated music recommendations” has tightened the screws on smaller players that attempt to use the internet to bring human-controlled radio to larger audiences. During this time WFMU, through it’s foresight and perseverance, has served as a beacon of hope for those who love music and believe in the importance of truly independent media outlets.
The film weaves personal stories of WFMU’s eccentric DJs with an exploration of the 21st-century media landscape that has made the station such a rarity. As the film unfolds, WFMU reaches a crisis: Ken meets with the board of directors. With six months until their next fundraising marathon, they are almost out of money. Can WFMU stay on the air and stay true to its independent spirit?
SEX AND BROADCASTING explores the past and present of this essential, weird, and utterly unique American institution while telling the gripping, yet comical, story of its fight for survival.
Factory 25 is premiering the film theatrically at IFC Center on March 30th in New York followed by a theatrical rollout across the country through the late spring including screenings in San Francisco, Chicago, Seattle and more. Factory 25 will also release the film digitally with Sundance Artist Services, premiering the film on March 30th via Fandor and Vimeo followed by a May 20th release on iTunes, Amazon, cable VOD and many other digital outlets.