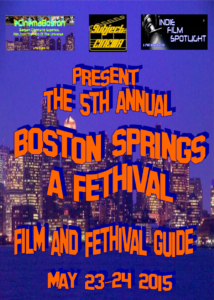 Hurry hurry hurry!! Step right up! It’s time for YOU to take a look at the 2015 Boston Springs A Fethival Magazine from Subject:CINEMA!  It’s a week or so late, but when you see it, you’ll know why!

PLUS coverage of the Boston SciFi Film Festival, The Belmont World Film series, and The DocYard’s spring screenings as well!

You don’t want to miss out! Get it now!

Read it online or download it at Issuu.com or download your pdf copy directly! And don’t forget to check out the shows from last weekend if you haven’t already!