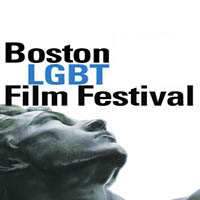 The 31st annual Boston LGBT Film Festival gets underway this evening. LGBT is the oldest film festival in the MetroBoston area, and one of the oldest fests spotlighting LGBT films and issues in the US as well.

As has been the case for the past several years. the fest launches at the Institute of Contemporary Art in Boston, and will screen films at a number of venues in the metro area, including the Alfond Theater and Remis Auditorium at the Museum of Fine Arts in Boston, the Brattle Theatre in Cambridge, and the Bright Family Screening Room at the Paramount Theater in Boston.

The opening night film is Eat With Me, a story of food and family relationships directed by David Au. Here’s the description from the fest website:

Feeling invisible in her bland marriage, Emma moves in with her son, Elliot, who lives in a downtown L.A. loft. Elliot, a young chef, is facing foreclosure on his lackluster Chinese restaurant–and he’s gay. Emma’s disapproval has made strangers of mother and son, but the two need each other now more than ever, as Emma explores her newfound freedom–with the encouragement of a saucy new friend–and Elliot confronts his fears of intimacy. Words may fail them, but they find a common language through food. This auspicious directorial debut from David Au offers a fresh take on life, love and food in the heart of Los Angeles. This deliciously emotional and redemptive story is supported by an endearing cast led by Sharon Omi, Teddy Chen Culver, Nicole Sullivan and a cameo from Star Trek legend George Takei. Description courtesy of Los Angeles Film Festival. Language: English

eCB will bring you daily schedules throughout the fest, and also hopes to include several of the films screening as part of our Boston Springs A Fethival coverage on our sister site eCinemaOne, and as part of our coverage on the BASF Subject:CINEMA podcast special over the next few weeks and on our show devoted to the Boston spring festival season coming up in early May.

For full information, including how to get tickets and passes, and a complete calendar of films and events during the festival, check out the festival’s official website at http://www.bostonlgbtfilmfest.net/!