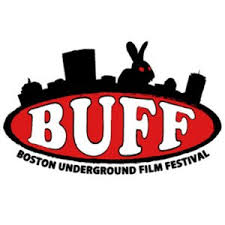 Second Round of Titles Includes Starry Eyes, Why Don’t You Play in Hell, The Strange Color of Your Body’s Tears, and More!

The 16th annual Boston Underground Film Festival continues the onslaught of insanity at the Brattle Theatre from March 26th through the 30th, delivering a second wave of rowdy programming assured to rock and rattle you to your core. BUFF is thrilled to announce the latest additions to its already impressive lineup starting with The Strange Color of Your Body’s Tears, the latest stylish giallo-inspired mystery from the Belgian husband & wife team Hélène Cattet and Bruno Forzani, whose previous film Amer closed out BUFF in 2010.

Joining our program is Sion Sono’s Why Don’t You Play in Hell?, a madcap, genre-bending mash-up of Yakuza and Samurai films from one of Japan’s most prolific provocateurs. With his typical anarchic flair, this international crowd-pleaser is an irresistibly goofy and bloody return to form for Sono after a string of dark dramas, and a magnificent love letter to Japanese cinema.

In further celebration of homegrown talent, BUFF is pleased to present the New England premiere of Ten, the debut feature from local rock’n’rollers Michael J. Epstein and Sophia Cacciola. Ten is a collectivist, post-exploitation psychological thriller devised as a possible explanation for the 1972 Spektor Island Massacre.

And last, but far from least, we’re holding a 40th anniversary screening of the Japanese nunsploitation classic School of the Holy Beast, lighting up the Brattle screen in glorious 35mm. The story of a young woman joining a convent to solve a mystery, this Pinky Violence staple serves up some of the most outlandish and blasphemous images ever captured on celluloid.

Bursting from their subterranean lair, these incredible titles are joined by the films announced in our first wave of programming: opener All Cheerleaders Die, The Congress, Kept, My Name is Jonah, Doomsdays, Crimes Against Humanity, and closing night film Blue Ruin.

Individual screening tickets are $10 and will be available online and at the Brattle Theatre box office on the day of screening. Festival passes, which include admission to all films and parties, are available at a reduced rate through BUFF’s on-going pre-sales Kickstarter, which ends on March 20th. Passes, thereafter, will be available for $110 at www.bostonunderground.org/tickets.