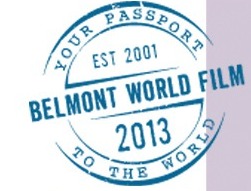 Ricardo Darin (the Oscar winning The Secret of Their Eyes) stars as a bitter loner who collects news stories about rare freakish events. When he begrudgingly takes in a young Chinese immigrant in search of his long lost family, it sets off a series of events that has him stepping out of his tightly wound world.

The film’s premiere will be preceded by an optional Chinese dinner at 6:00 PM at the theater ($25 separate admission). Tickets can be purchased at StudioCinema or in advance through Belmont World Film’s Festival Genius site at http://belmontworldfilm.festivalgenius.com/2013/films

Belmont World Film is sponsored year-round in part by a grant from the Massachusetts Cultural Council and with help from Cambridge Reprographics and Rule Boston.

Subject:CINEMA will have a review of Chinese Take-Away on it’s March 17th edition. See http://subjectcinema.com for more details.