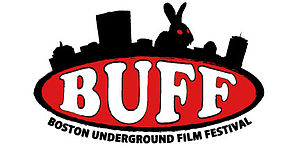 The 15th annual Boston Underground Film Festival will run March 27-31 at the Brattle Theater in Cambridge, and no doubt will be bringing a lot of great films to their fans once again this year.

BUFF has launched it’s Kickstarter campaign to help with the funding, so it’s time for you Boston film lovers to step up and donate!  We’ve made our donation, now it’s your turn!  Head on over to http://www.kickstarter.com/projects/buff/boston-underground-film-festival-2013?ref=city and donate today – the deadline is March 7.

And don’t forget to check out PNRBoston, Indie Film Spotlight, Popcorn N Roses, and Subject:CINEMA for complete coverage of this year’s festival!

While you’re at it, the Brattle Theatre also needs your help with their digital conversion – they’re still about $60,000 short of their goals, and they have just EIGHT DAYS left to make it to their goal. If you love the Brattle, as we do, please GIVE GENEROUSLY to their Kickstarter campaign as well!