Welcome to 2012! After a rash of multiplex closings the past several years which claime 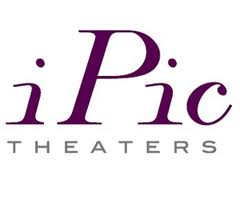 d the Patriot Cinemas in Quincy, Showcase Circle Cinemas in Brookline and AMC Assembly Square Theaters in Somerville among others, it looks like the future might be getting a little brighter.

Construction work recently started at Chestnut Hill Mall, where workers recently started removing layers of asbestos from the old Macy’s department store location. WS Development, the owners of the building, recently acknowleged that they expect a “high end theatre chain” to take up the space once it’s been rennovated. Although they declined to name the proposed occupant, it is believed to be Ipic Theaters, a small Boca Raton, Florida-based chain of extremely high-end theaters that feature leather recliners and full service food in theaters that each fit about 100 people. WS Development told Boston.com that there will be seven 100-seat theaters in the building once it’s finished. Ipic acknowledged in a recent Boston Globe article that they have been in Boston scouting a number of locations, including the vacant Borders building in Downtown Crossing, and a location in the South Station area as well. The quandry with what appears to be their chosen location is that Chestnut Hill Mall already has a five-screen AMC theater in an outlying building which will likely be forced to close it’s doors. That would mean an overall net gain of 2 theater screens, but possibly actually shrink the number of seats in that area.

But AMC will gain some of those seats again in Somerville. It was announced in January that the theater chain will build a new 12-screen complex as part of the new Assembly Hill community complex in Somerville – this is the long-dormant project in the same area where the Assembly Square theaters closed in 2008 which is finally kicking construction into high gear. AMC says they hope to have the new venue open by the fall of 2013. The move is significant because AMC has only been building one or two new venues each year due to the economy.

Meanwhile, the saga of the long-empty Wollaston Theater in Quincy has made front page news again. According to the Patriot-Ledger, the Wolly, as it’s affectionately known, was sold to Michael Fang, a grocery-chain owner from Weston, for $600,000. The sale closed on January 31.  Fang told the Patriot-Ledger, “We will do something in the future. I would like to do it the right way, with the community and the neighborhood and the city. We’ve got to talk a little bit with them first and make some kind of decision. I really don’t have any plan right now.” You can read the entire article at  http://www.patriotledger.com/entertainment/x842391792/Wollaston-Theatre-sold-to-C-Mart-owner#ixzz1l8ilWqGP

Hopefully 2012 will continue to brighten for the Boston movie theater scene, and we’ll bring you the news when it happens!